Household employees, one of the jobs most affected by precarious conditions and increasingly demanded by families. Today we have reviewed the reality of the sector.

Currently, the household employees sector is booming. According to the latest Survey on Active Population, this group in Spain is 637,700 people, about 4% of the total population and, almost entirely, dominated by women – 96% -. Despite being such a large sector, only 420,288 are registered in Social Security and, even so, their conditions are special. With or without a contract, domestic services are becoming more frequent in Spanish homes, it has ceased to be seen as a service for the wealthiest to position itself as an aid to family reconciliation, if only for a few hours a week . Even after the last revision in the regulations of the sector established in 2012 and, with the great social work that they carry out, domestic workers are still invisible and in a precarious situation at legislative, economic and social level.

Despite establishing a new regulation that recognizes certain rights for women workers and obligations by the contractor, as well as the obligatory nature of the contract and the registration in social security, there are still many discriminations in the sector. In 2012, the contribution from the first hour of work in these services was mandatory for the first time, but still, of almost 4% of the population working in the sector, almost 30% are not even registered in Social Security, without any contribution after all hours worked. In fact, the most common is that despite being discharged, they are not all the hours that really work. This can be seen especially in the case of inmates, who have shifts between 12 and 16 hours. In this way, even if they charge the minimum wage they are left at between 2 and 3 euros per hour. It is noted that, despite the fact that in the last year the group has grown, the number of people who have been discharged has decreased. Likewise, for all those who are registered in Social Security, the differences with respect to other sectors remain very notable because they are not included in the general regime but in a special one.

No right to a termination benefit

Due to this difference in the typology of the established regime, those who work in this sector are not entitled to unemployment benefits regardless of the years they have been working. In fact, it is the only group in Spain that does not have it recognized. It makes no sense that a person who has been working all his life is not entitled to unemployment. Imagine a housekeeper who has been caring for a dependent elderly person for years and dies, has been working all of her last years in the same position and quite possibly as an intern. Now is without unemployment benefit, without work and it is even possible that without a house since they usually reside in that of the person they care for. Layoffs are also much easier than in any other sector. There is the so-called dismissal by withdrawal figure, which puts the sector back into a situation of discrimination. The employer does not have to claim any reason to dispense with the services of the employee, also having to pay only 12 days per year worked, lower than in other jobs. Seen in this way, the regulation of days off is also meaningless. That is, no good to be away due to illness or pregnancy if they can fire you for the same reason without notice. While readmission after pregnancy is mandatory in the rest of the sectors, it is not contemplated here, even though it is a work carried out almost entirely by women. Spain is the European country with the highest number of employees in this sector. In addition, despite having great economic and social potential, the work of household chores and the care of children and elderly or dependent persons remains one of the most discriminated against due to the legal and social vulnerability of not being within the General Social Security scheme. It is necessary to seek visibility and equality in this group and be aware of the great social work they do in addition to implementing certain actions to combat it. Therefore, from Aecetia, we are dedicated to the labor integration of people in a precarious social situation, seeking to stimulate the values ​​of effort and merit in society. Our contribution consists in offering stimuli for the creation of jobs. We select and train people who are competitively disadvantaged to get a stable, decent and legal job. Thus, we offer home cleaning and care services for the elderly or dependent and children thanks to qualified professionals. A fundamental occupation for the proper functioning and harmony of families. Now you know the situation of the majority of domestic workers in Spain is, if you also recognize the great social work they carry out and the help in a house to have their services to get a family reconciliation, count on us 😉

How to clean stainless steel appliances

How to clean white walls 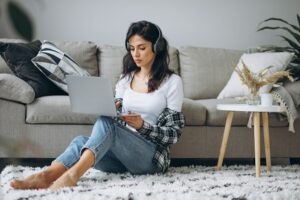 5 cultural activities you can do from home 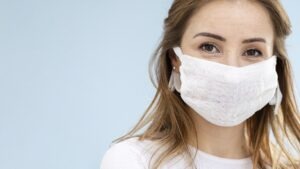 Protocols and measures of hygiene during the “new normality”